When You find a Great Bill Curry Piece, But It Is Filthy 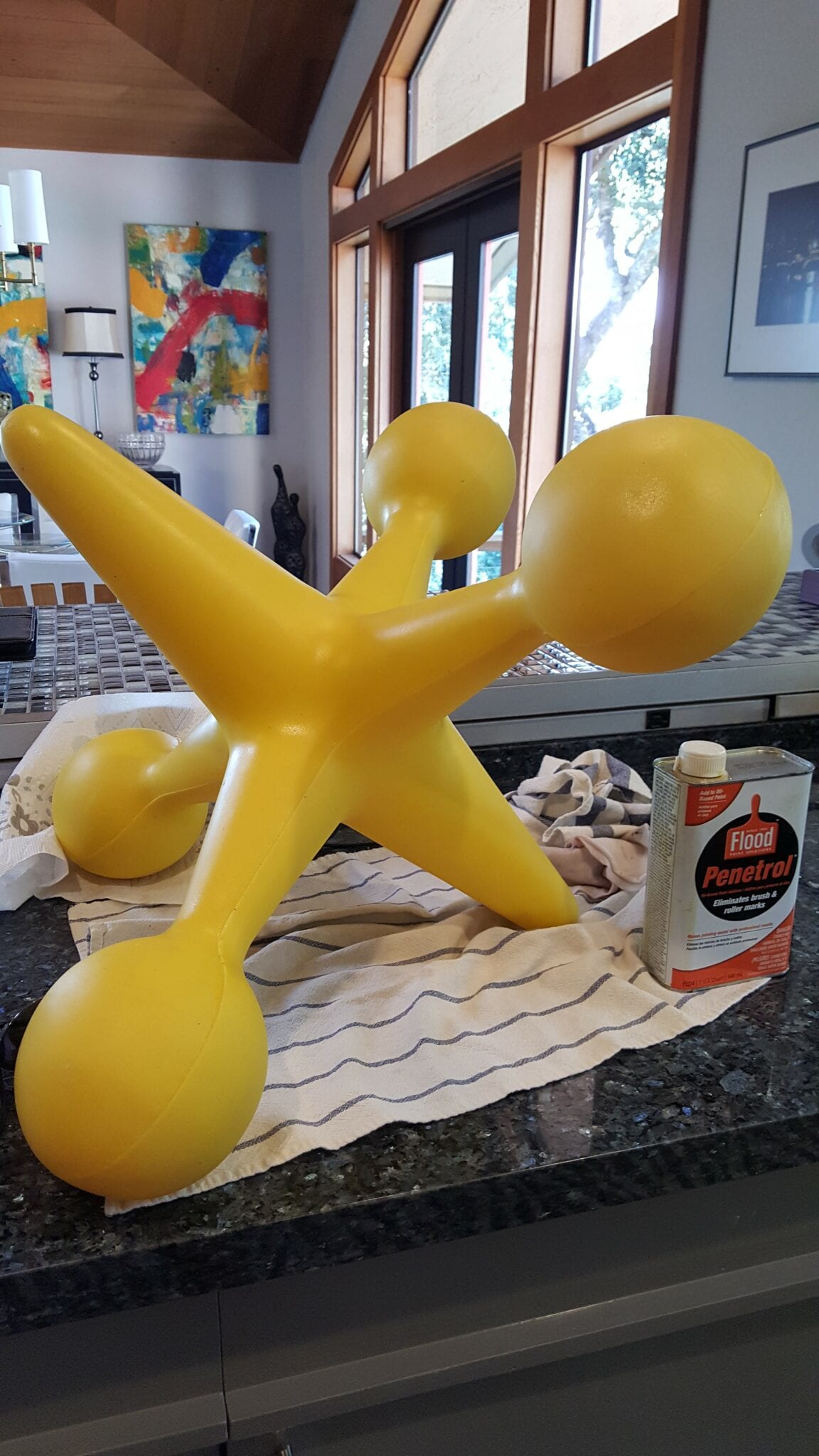 Someone once told me that I have a second sense when it comes to finding the most valuable item in a pile of junk. I brushed it off at the time, but Lately I have begun to believe that there is some truth to it. I will share my Bill Curry story with you as an example.

For instance, while out with a friend at one of my favorite antique/junk shops, I wandered out back into their garden/”rusty stuff” area. There is rusty metal and old farming equipment as well as metal sculptures, chairs and letters they import from Mexico. In the way back, there is an area that looks like it may have been used for a cage match. It is chain link fencing about 10 feet high and six feet wide with a chain link top. Imagine a prison pergola. When I looked up (always look up when “hunting” for treasures) I saw two giant yellow plastic jax. Yes, like the game I was horrible at as a kid. I knew right away that I had to have them.

They were filthy, but I saw Pop Art. We fetched one of the volunteers from the store and he told me the price was $40 each, SOLD!!!  I brought them home and stared at them wondering how to clean them. I first washed them with dishwashing liquid to get the major crud off of them. />What appeared was the words “Design Line” embossed into the plastic. I started researching and what I found was that they truely were treasures. They are actually table bases made by Bill Curry between 1960-69. They originally had a round glass top on each and are used as side tables. There aren’t many of them available as Bill Curry passed at an early age. Single tables online are selling between $1200-2500 each.(https://www.1stdibs.com/furniture/tables/side-tables/bill-currie-jack-table-design-line/id-f_1264826/)

Okay, now I really wanted to clean these babies up! I remembered back in Wisconsin I found six Eames fiberglass shell chairs for $7 each. I snatched them up, but they had some scratches and they were a bit faded. I did some research on refinishing boats (I grew up with my boat obsessed father always trying to make his boat shine) and I found a product called Penetrol. It is used for lengthening the drying time for paint. However in the very fine print on the back of the can, it states that it can be used to shine fiberglass. Let me just say that it worked like a miracle! If only my Dad knew about Penetrol.  It penetrated into the fiberglass, filled the scratches and made them shine like new. Unlike all of the other products that fade almost instantly after they dry, Penetrol stays shiny and beautiful. 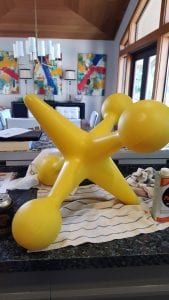 I thought that if it worked so well on fiberglass, I would try it on plastic. I didn’t have much to lose as the scrubbing process with bleach and a wire brush had cleaned them, but made them even more faded. I grabbed my can from the shed and began the cleaning/restoration process. As I rubbed the Penetrol on, the color started coming out beautifully. />They were shining and looking like new. I am a furniture junkie, so I couldn’t fit anymore side tables in my home. Don’t freak out, but they are outside displayed as Pop Art in my garden. I feel that even though they are worth a good chunk of cash, they should be enjoyed. I bought them as art and I am using them as art. 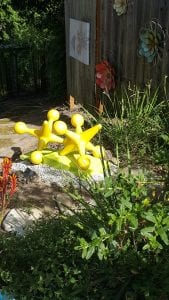